Future of T3D, are we heading the right way, what's next and what's coming.

by JeffR » Mon Sep 10, 2018 5:08 pm
Reply with quote
So, if you've been in the discord, reading posts on here, or followed my workblog at all, you've no doubt seen a lot of talking about Physically Based Rendering.

There's a lot of primers and explanations on what exactly that is, so I won't really go into the details of that here, but I do want to go into why it's been a challenge to get it working.

Physically Based Rendering/Lighting
Obviously, the change to the lighting/materials system is the core of it. Utilizing math that's more accurate, but more importantly, more consistent is the crux of the whole thing. The good news on this end is this part has actually been working for a good while now. We've had branches that take in PBR-style inputs from PBR workflow tools like Substance for a while now. Albedo, Metal, Roughness, etc.

We even have a utility behavior that lets you take separated channel information of the metalness, roughness and AO and compile them down into a singular 'Composite' texture map for efficiency's sake.

So the general material changes and root behavior are actually in good shape. The wrinkles come from the next parts

Image Based Lighting
Ultimately, all the changes to the materials handling just gets us consistent art. It doesn't really do anything to drastically improve the quality of the rendering itself. Utilizing outdated shading models will still make the results not match up to the content tools, nor look as accurate as possible. To make that happen, we needed to change up the actual lighting/shading logic itself.

The go-to on this end is known as Image Based Lighting. It's named as such because we heavily utilize captured images in order to inform the lighting information of the scene. Unlike the classical way of lighting, where you have the direct light from the sun or a light source, and then a all-encompassing general "ambient" color value for what the indirect/shadow color would be, we utilize processed images - either staticly set, or baked from the scene itself - to ensure accurate, local information we can plug into the lighting system.

The mainstay of this is Reflection Probes. They're objects you place into the map and then eiher provide it a static cubemap, or do a baked capture(where it renders the scene from the center point into a cubemap which is then saved to disk). Once we have our cubemap, we then prefilter it to get the averaged lighting information for both specular and irradiance. Specular is pure reflectivity information - if the material is a fully smooth metal surface, it'll reflect the environment like a mirror, so it'll display the clearest mip from the prefiltered cubemap data. If it's a rougher material, we use a lower mip, which has less, blurrier info, so you lose those crisp details and it goes from "mirror" to "somewhat shiny surface".
Irradiance is the averaged lighting information over an area, and is utilized to inform the ambient lighting information at a given point based on the cubemap. This allows for FAR more accurate ambient/indirect info than the single flat color from before.

Building off of probes, we have the Skylight, which is a special type of probe that covers basically everything. It lets you have a single probe cover an entire outdoor area instead of needing hundreds and hundreds of regular probes.

The problems we've had stem from these.
There's a lot of different ways to calculate the IBL behavior, some more accurate but slower, some less accurate but faster. Some are dependent on other behaviors, etc. It's also compounded by probes by design not having shadows like lights, meaning that they much more readily clip into areas they shouldn't, as well as skylights being all-covering means they trample on areas you'd like to be dark or more locally reflective/lit like caves or indoor areas.

All of this together means we've spent a majority of our time trying to find behaviors and tricks to minimize or mitigate the negatives, while maximizing our flexibility. Of course, these techniques aren't simple or easy and that's why it's taken as long as it did. In fairness, most engines seem to just embrace the innate limitations with these and just leave it to the developer to work around it, but honestly it bugged us so we wanted to take a stab at resolving some of these things.

But, in the interest of getting stuff out, we're going to spread out those improvements and fixes, so for now some of that stuff, like zonal-clipping so probes don't bleed through, or smart blending so local probes always have priority over the all-encompassing skylight will have to wait so we can get the bulk of the PBR stuff in. Nothing stops us from looping back and fixing up the odd bits in these things in the following months.

There's one last major stickler that's proven to be a problem for the past 2 weeks, and it, unlike the neat improvements listed above, isn't something we can so readily toss by the wayside.

Screen Space Reflections
The problem with probes is, because they're cubemaps, they're not fast to bake. Even with the optimizations we've got so far, a 32 pixel resolution cubemap, if you account for baking, processing and saving takes about 30 milliseconds on my machine(which is admittedly pretty average). That's not a long time, in fact when you hit the bake it tends to be a 'blink and you miss it' unless you're doing a number at once.
But it's also very much not "do updates in realtime" either.

Which means that for dynamic objects - while they receive lighting information from the probes no problem - cannot appear in reflections. So a perfectly mirrored floor will reflect the environment no problem, but the player himself won't show on it and as you can expect, that tends to look really weird.

So, the cheap solution(because while it's approaching very fast, the mainstream isn't ready for raytracing just yet

) is to do Screen Space Reflections.

Notionally similar to Screen Space Ambient Occlusion, where we take a pixel and sample around it to find if it has other surfaces nearby, which would occlude some light, SSR is taking a pixel and sampling the reflective angle between it and the eye and seeing if there's another pixel in-view we can display as reflection information. So in our mirrored floor example, if the player object is standing there, then in our SSR post effect, we can shoot a ray from the eye to the floor pixel, calculate the reflect angle and trace the ray until we hit our player, and then add that info to our reflection info.

Suddenly, dynamic objects will reflect in the scene just like the static environment baked into the probes.

The main hangup is that the math for this is kinda weird. To do it efficiently, you basically have to do a raymarch between pixels, but in a sort of projected 2d way because we're operating in screen-space, not the full gameworld. This is the part that's been throwing off @ Azaezel as he's been trying to crunch on it. But we'll get it cracked, and it'll plug the last major hole in the probe/reflectivity concept.

So what's TODO then?
Thankfully, not much for the short term.

While the milestone is running a bit late, mainly due to this stuff, anticipation is that the bulk of all the PBR stuff should be PR-able this week, and then any bits giving us problems will be rolled in progressively along with other September milestone changes.

I'm currently working on breaking down the bulk of the already-proven PBR/probe stuffs into PR-able chunks so we'll start seeing those go up this week to begin testing for merge-in and we'll then be able to try and focus on the SSR stuff to lock that bad-boy in to complete the core PBR implementation.

Looking forward to the future, we have a list of things we'll be implementing to improve flexibility, stability, or just neat features.
Some of those are higher priority, some are just neat utility features that aren't a must-have. But that hopefully gives you an idea of what the deal with PBR currently is and what the roadmap is for it in the future.

Re: Physically Based Rendering

My brain on rendering code: 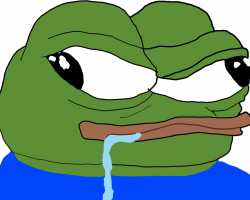 One Bloke ... In His Bedroom ... Making Games ...
http://yorkshirerifles.com
https://twitter.com/Steve_Yorkshire
I haz maed vidya gaem ...
Post a reply
2 posts Page 1 of 1
Return to “Roadmap”