Friendly conversations, and everything that doesn't fit into the other forums.
42 posts Page 4 of 5
Post a reply

It is mostly just a belief war and most people fighting it have no clue about anything, if you want to make a point, make a demo and measure the results, so you can present a definitive proof, everything else is probably not constructive.

I saw implementations of Lua in Torque and then you had a scripting folder with Torquescript and one with Lua, making everything even worse. I also saw games written totally in Lua and they had horrible performance because of that. To make it short, I have not seen any evidence yet that would convince me that another scripting language would make sense to use. Sure the engine is open source, so you can do what you want, but please do not break the old stuff, there are people using it, that's my biggest concern.
http://duion.com
I don't want no Unity, I just want my Torque 3D.

by Dwarf King » Tue Feb 26, 2019 3:58 pm
Reply with quote
I swear by my AXE and Warhammer that if yaaa ever gut out TorqueScript I'll have yaaa all! No harm to TS shall pass! 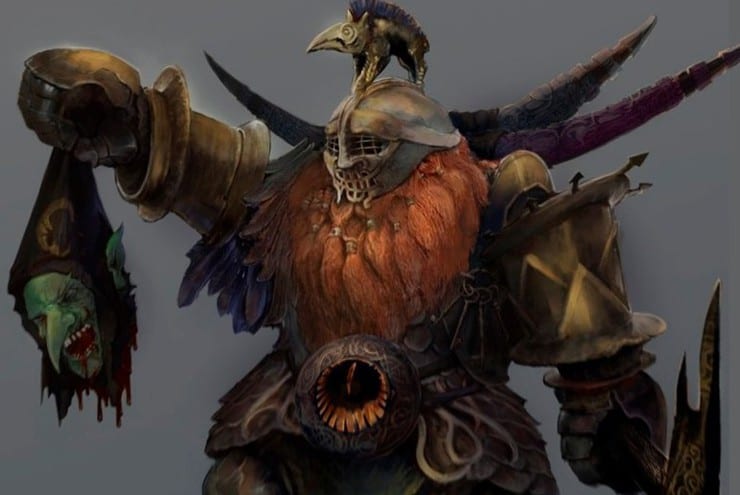 Dark Theme Editors for Torque 3D is the best

by Code_Man » Thu Feb 28, 2019 12:45 pm
Reply with quote
Im not so sure what this thread was meant to be but it seems to have turned to a language discussion.
I put in my words of limited wisdom here.
The main argument in favor of TS seems to be "its not all that bad", which is somewhat true.
Its comparable to most other languages, lua particularly, except the one thing where it kicked me in the crotch was lack of proper arrays.

I would argue that the best move is to use lua instead of torquescript, i have a few points in favor of that. I suppose the main problem with those arguments are there are neither any real pros or cons in regards to keep using ts, it boils down to a matter of experience and preference for most of us.
Ts may have been a good thing back in the day given the age of the engine and it still does a good job, but my view of things is that lua does the same job but better.
Even tough i can see why some would like a more heavy language like c#, doing the game code in a lightweight language is in my experience the way to go.
I suppose regardless of how this goes theres always gonna be a dislike of <default scripting language>.

....but I still have Torque engine on my harddisk and occasionally very little I use it....I have been using Godot engine for over two years now and as somebody said this could be a good example.
.....why did I choose a Godot engine?....here I have to mention that I am mainly an artist not a programmer and yet after about a year I can write in GDscript mostly my own scripts....so simply that great scripting language is....that's one of the reasons...next good user-friendly and clear UI.....great scene/node system....write script - run game instantly....no third-party shits...easy "with just one click" game release for many platforms.....great Linux support...when you're done with Windows you're sure it works great on the Linux distr.
.....and many other reasons why I chose this engine.....and not as someone wrote here about mobile phones and shit cryptocurrencies and similar craps

...ask people on the Godot forums and you mainly hear the same things.
....So Torque engine way?....upgrade/modernize TSscript...so easy write script directly in editor as in Godot engine.....artist friendly TSscript with many examples...maybe visual scripting too.
.....user-friendly UI for editor.
.....easy "one click" releases for platforms.
....new modern project manager editor
.....I think it can be a good start for the Torque engine to have more users and bigger community.....because I think Torque engine has many to offer...just needs a little to modernize.....Torque engine is also MIT licensed and has a great chance to become a very popular engine as well....you should use it.

Edit: l read now Bloodknight's features/wishes list post and yeah! If done this so it will be more than great.

by Bloodknight » Tue Mar 05, 2019 9:11 pm
Reply with quote
that thread is pretty dated, in fact, would have been forgotten had not practicing necroed it to the top :p

that thread is pretty dated, in fact, would have been forgotten had not practicing necroed it to the top :p

But can you make an MMO with Godot?
http://duion.com
I don't want no Unity, I just want my Torque 3D.

by Bloodknight » Sat Mar 09, 2019 6:06 am
Reply with quote
you are the 2nd person in this thread to confuse development language vs scripting language, I'd also possibly argue that C++ and C# are almost identical as far as language itself is concerned, along with java and all the other bastard children of C


But can you make an MMO with Godot?

I think 2d mmo yes but 3d not....Godot is still not good in larger 3d scenes.... performance is
really bad....missing LOD and Occlusion culling....although it has a pbr but shader rendering or processing is probably slow.......Godot version 4.0 could change it but it will be in a year and a half.
Torque engine has a much better performance and now I'm working on one project in this great engine.....I love both engines

......what I really love about the Torque engine is landscaping and weather and particles ...because I do mainly exploration adventure puzzle and experimental art and weird walking games....so I need great
landscapes and buildings.
Post a reply
42 posts Page 4 of 5
Return to “General”