Part of it is not having dedicated shader/shader features to handle lighting on it properly, but another aspect is that not many people have pushed it on the art side - a few people have done good work with it, but not too many.

Given that foliage is a pretty major part of many environments, having good examples, tutorials, and source art can be a major tool in making better foliage for the enviornments in games that need it.

We've seen Torque can do a pretty good job with foliage when it needs to, as seen in the old South Pacific demo: 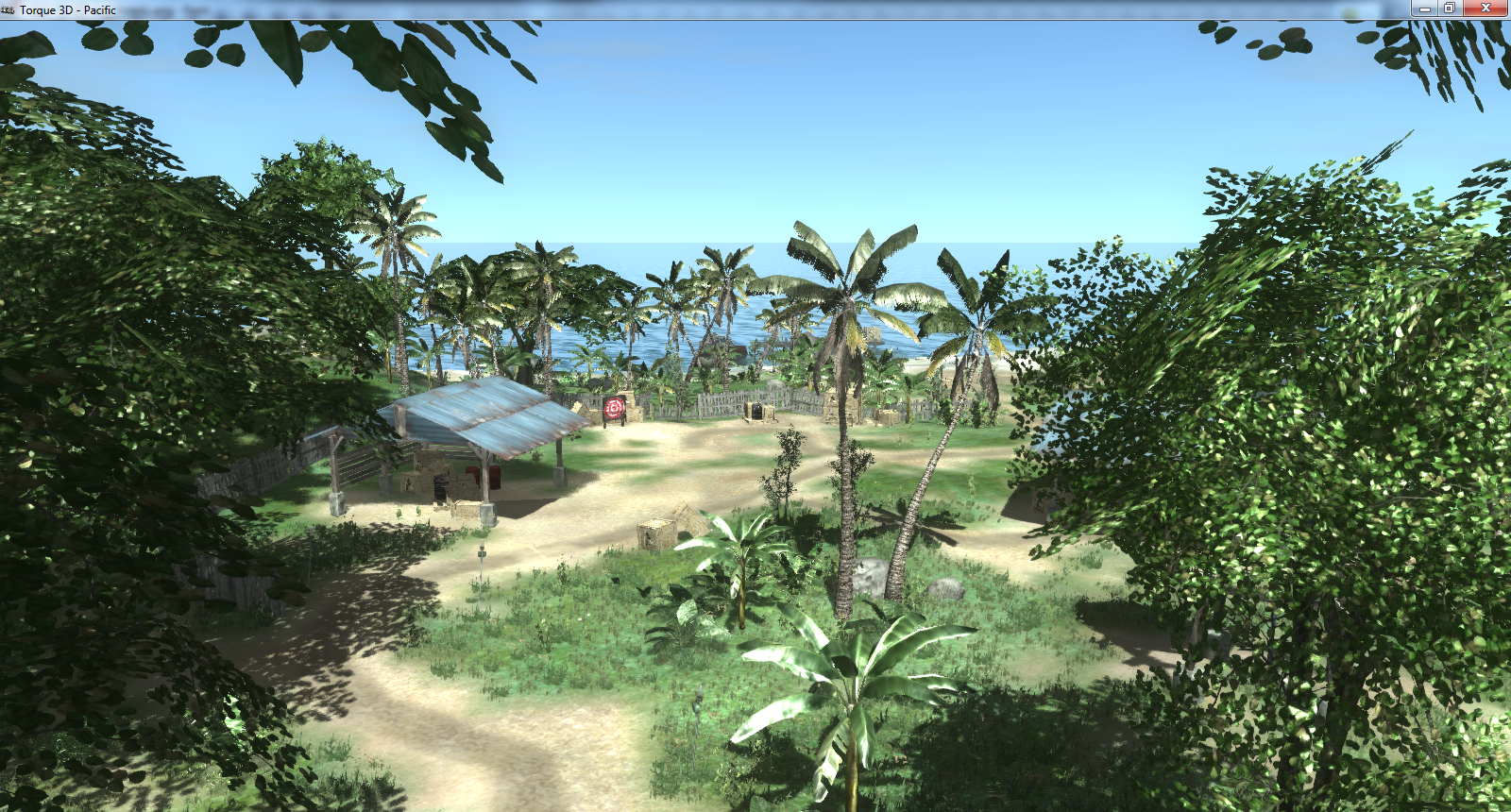 However, currently those assets are closed off to us, and even then they're falling behind on the modern standards in effect now.

I've spent a fair bit of time drudging through tutorials and examples, and while I can't say anything is definitively "The Best" way, there are definitely some examples that could be pointed to as good baselines.

So I figured I'd start a thread here for people to discuss methods, tutorials they found and provide examples if they choose.

To start, I had stumbled upon a tutorial done by a guy on the Cry Engine forums that was both rather thourough, and produced excellent results for grass.

And the results are thus: 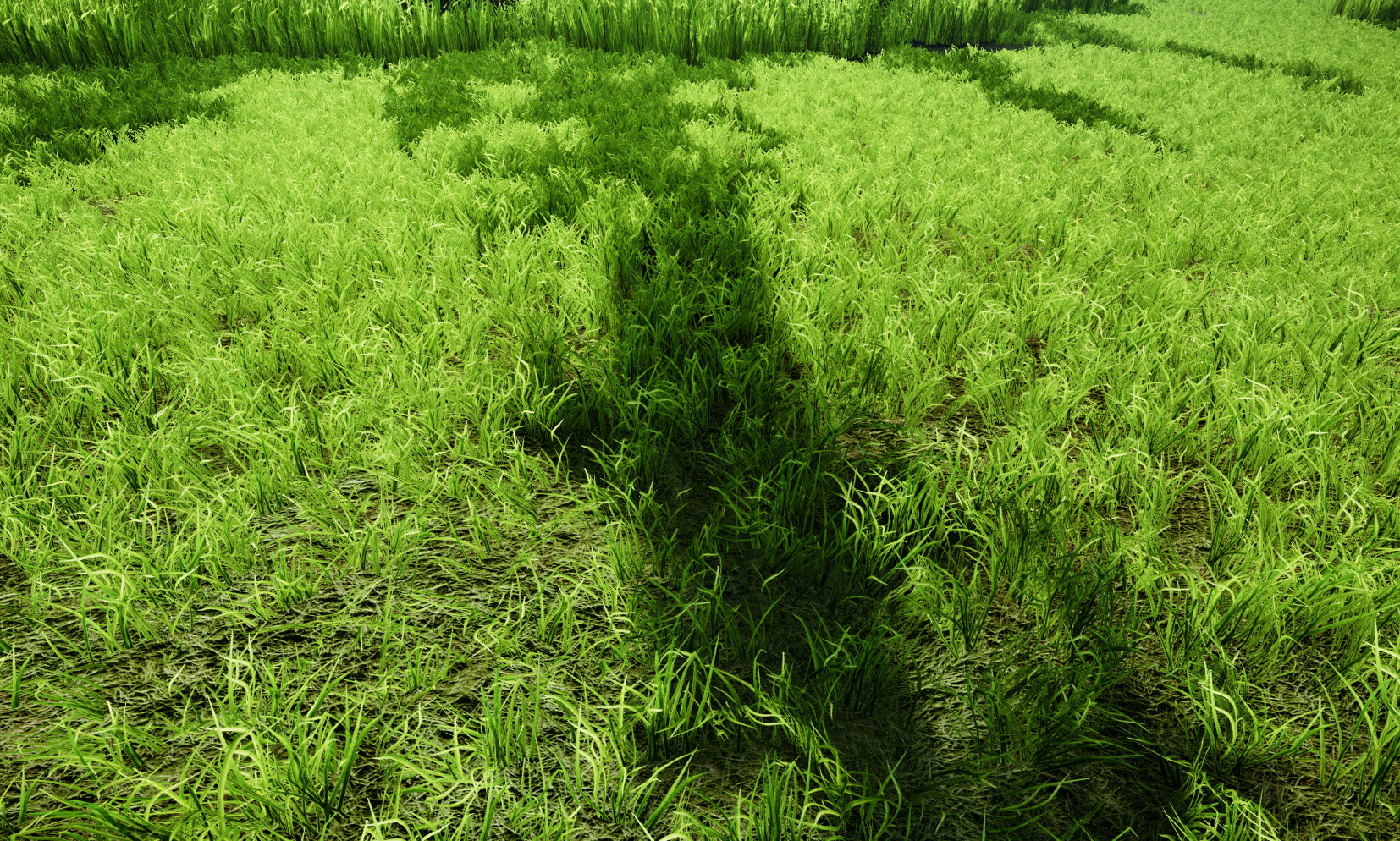 So I started testing his approach out, and while it's not 100% it's most of the way there. The results are pretty solid:
In the viewport, on the grass mesh: 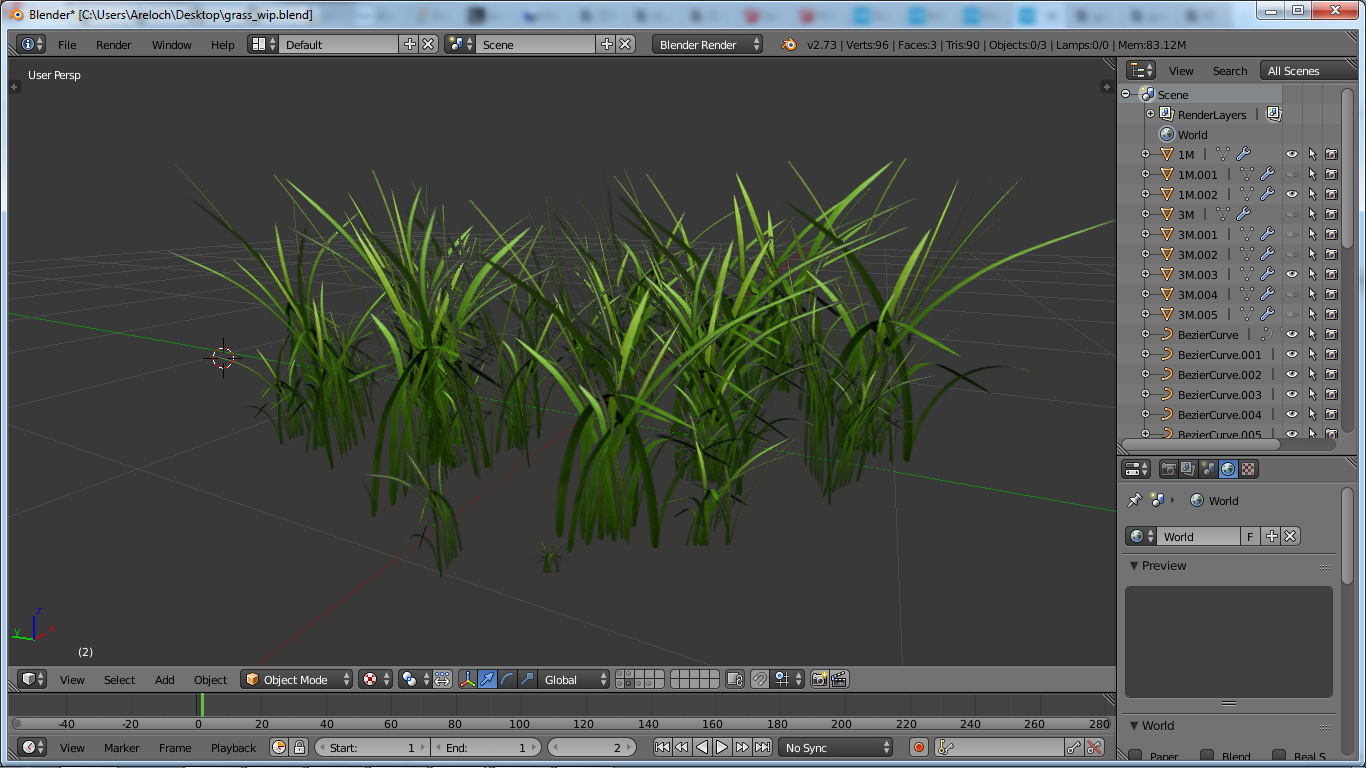 And the texture I rendered for it, per the tutorial: 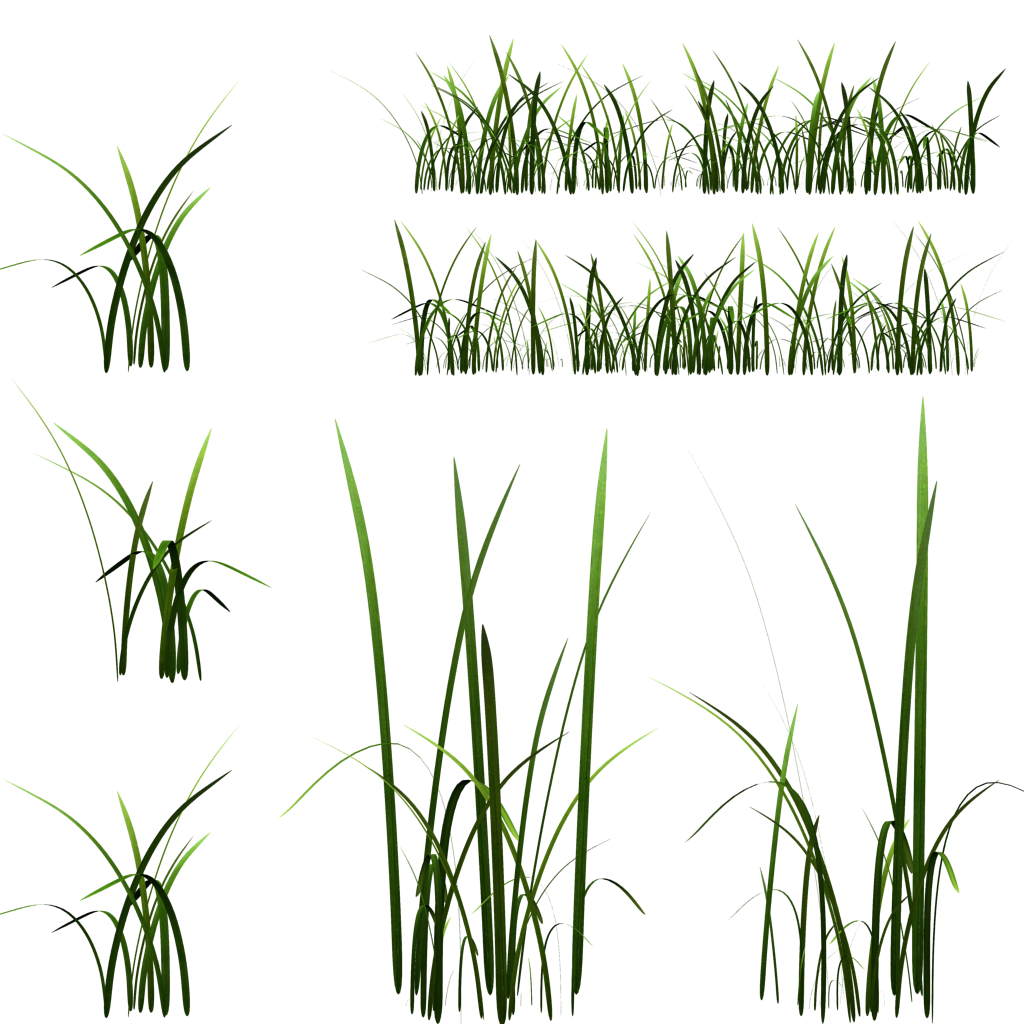 So that's my current foray into the grass side of foliage stuffs.
For it to be perfect, we'd still need shaders that handle the lighting on foliage better(managing backface lighting so they look like they're more volumous, etc), but the first step is to have good textures and models.

Feel free to give that tutorial method a try, and see if there are improvements that can be made! I'll be putting up the blender source file for my efforts on it in the near future.

by buckmaster » Thu Feb 05, 2015 11:36 pm
Reply with quote
Looking pretty great. This looks like the sort of luscious green grass that would be great in a default template of some kind.

I'll do a little research and see what I can find for a grass shader.

by buckmaster » Fri Feb 06, 2015 11:58 pm
Reply with quote
Oh whoops, I thought that first screen was Torque. Should have known it was suspiciously good

Oh whoops, I thought that first screen was Torque. Should have known it was suspiciously good

The first screen is Torque, from the Pacific Demo. Unless you mean the screen that's nothing but grass. Then yes, that's CryEngine.


Now, post screenshots of your new grass in Torque

I'll do a little research and see what I can find for a grass shader.

I'll see about getting it in there tomorrow.

I spotted them because the dude that did the grass tut was complaining that they're broken in one of the latest versions of the engine, and provided image references.

As you can see in his images, it manipulates how the grass is lit and goes a long way to making it feel like it has volume and avoids the weird flat-poly backshading effect.

I'd imagine the basis of the fields is pretty simple, just impact how much pixels on a backfacing poly accept shading when lit and in shadows.

by Kyrah Abattoir » Mon Feb 09, 2015 5:36 pm
Reply with quote
Tried the trick of flipping the Z axis on the normal map of the grass?
http://kdc.ethernia.net

by JeffR » Tue Feb 10, 2015 5:26 pm
Reply with quote
I had not, but in the long run, it seems somewhat poor form to require artists to do special proprietary workarounds to get their art to work in the engine.

It'd probably work as a stopgap solution, but updating the lighting stuffs to properly accommodate foliage is a better long-term plan.

by Gibby » Wed Feb 11, 2015 2:54 pm
Reply with quote
Looking forward to seeing what you do with this Jeff. I worked with Cry for quite a bit and came back to T3D - still missing the environments from CryEngine...

by rlranft » Wed Feb 11, 2015 3:14 pm
Reply with quote
Yeah, the normal map z flip is an issue with the material editor I believe. Have to look at it though.
"Your job is not to die for your country. Your job is to make some other S.O.B. die for his."

Animated 3d ground cover in T3D, so no billboards!
All in-game, so no crytech-style demo level!